Jane the Virgin is the CW show you probably are not watching but should be. It just finished its fantastic fourth season and now is the perfect time to catch up before season five.

Originally based on the 2002 Venezuelan telenovela Juana la Virgen, this version developed by the CW in 2014, took the concept and ran with it.

Jane the Virgin has everything. Insemination, infidelity and many, many indiscretions. Murder, sex (or lack thereof), babies, twins, family drama, immigration politics, and health scares all are part of this ridiculous – but incredible show.

At times it can get a bit ‘too’ crazy – but that’s part of its charm. It’s a perfect mix of fantastic characters you root for and insane twists. A classic telenovela.

To talk about this show without giving away these twists leaves me with very little. But I’m going to try my best.

Beyond the twists, the root of this show is the characters and their subtle quirks that humanize the crazy. 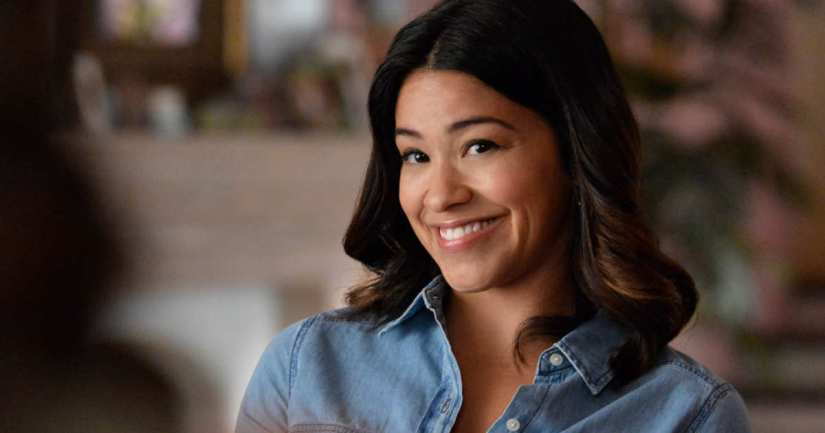 We start out when Jane is in her early 20s, trying to be a writer but working at a hotel bar. She was raised in her grandmother’s Catholic house – which gives her a solid dose of guilt. She’s an A-type personality who loves a good calendar. She is fiercely loyal. She reminds me of so many of my friends. She can be overly optimistic which many find annoying but I’d rather an optimist than a pessimist.

She is young and has a lot to learn but so do all early-twenty-somethings. Over the course of the four seasons, we get to witness her grow and evolve. It’s incredibly authentic and the path she takes while not always clean does leave her in a better place than where we started. 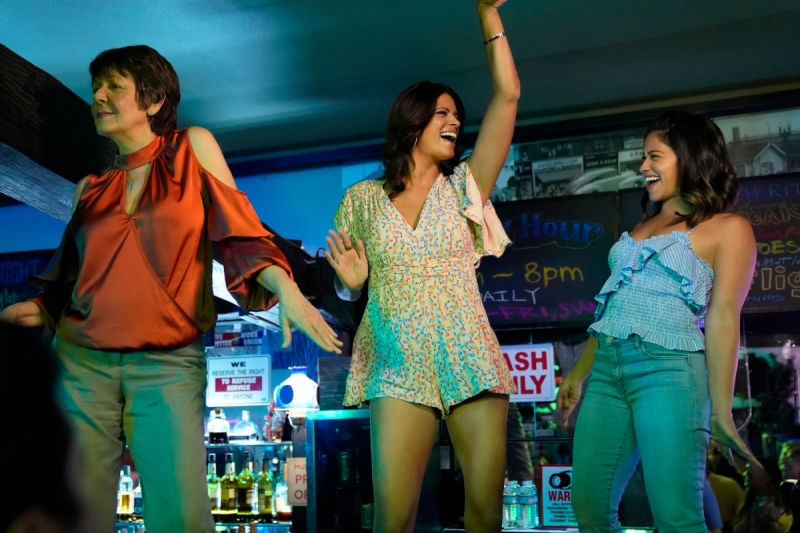 Jane grew up with two strong women. Her mother,Xiomara “Xo” Gloriana Villanueva (Andrea Navedo), and grandmother, Alba Gloriana Villanueva (Ivonne Coll), were the constants in her life and they could not be more different. Xo is fiery. Feels like a Lorelei to Jane’s Rory – and similarly, Xo was also a young mom. At the start of the series we don’t know much about Jane’s father and so Alba took on that secondary parent role. While Xo is ‘modern’, Alba is ‘traditional’. A very solid yin/yang dynamic. Alba cares deeply about her daughter and granddaughter. She is the nurturing force and has a strong moral compass that Jane has inherited.

These three women give a wonderful, diverse, account of what Latina women in America experience. Alba speaks Spanish almost exclusively in the series. She is an illegal immigrant from Venzuala. Immigration policies and law in America are often explored through her story lines. They are all obessed with telenovelas – again we get to experience these in Spanish.

In my opinion, these three ladies are why this show is a critical hit.

It has a Peabody Award. Rodrigious took home the best actress in a comedy Golden Globe in 2015. It has taken home many Imagen Awards. It has 100% certified fresh on Rotten Tomatoes for every season.

“When Jane the Virgin focuses on issues of money and class and privilege, it is unbeatable.” Kathryn VanArendonk

“Oh, the show could be awful, with lots of high-strung farce and bad jokes about the Virgin Mother. But it’s quite the opposite: a show that, with good humor and intelligence, respectfully follows a woman’s journey into the unexpected and unknown” Matthew Gilbert.

The richness of these characters is money in the bank for the CW. 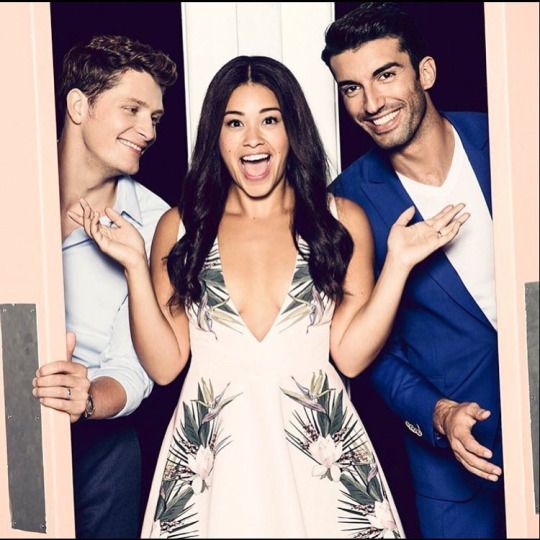 Beyond the collection of strong women in this show – we also have a cast of complex men. For Jane, her love life is split between Michael Cordero, Jr. (Brett Dier) and Rafael Solano (Justin Baldoni ). Michael is her boyfriend at the start of the season. He’s a cop. He’s a ‘nice guy’. Prior to Michael, a teenage Jane had developed a crush on a young Rafael. Fast forward and Rafael is her boss and soon-to-be baby daddy.

The dynamic between these three is a joy to watch. Being on #TeamMichael or #TeamRafael changes week to week. I personally cannot make up my mind on which boy is the better boy. What I appreciate about these two is how much respect they both have for Jane. They are not always perfect – they have large flaws – they are realistic.

Bonus points to Jusin Baldoni for being a killer Ted Talker… 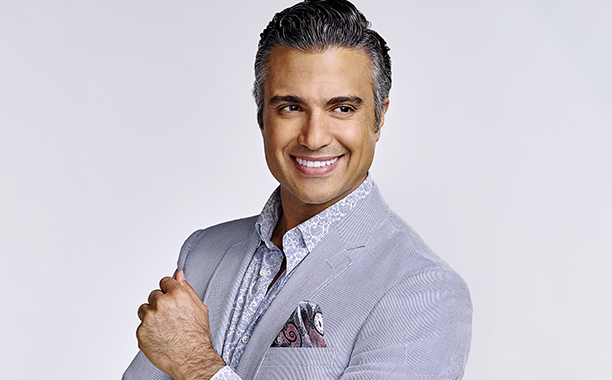 Rogelio De La Vega (Jaime Camil) is a character that isn’t introduced right away. I’m not going to fully introduce you to him but I will say he might be my favourite character on the show. Equal parts larger than life and deeply caring. As this telenovelas telenovela star, he brings the humour and passionate moments.

I say he might be my favourite character because I equally love the show’s narrator (Anthony Mendez) – who gives this story that extra magic. We never see the narrator but he’s a constant presence. His distinct tone gives the whole show a specific vibe – and I really like that vibe. 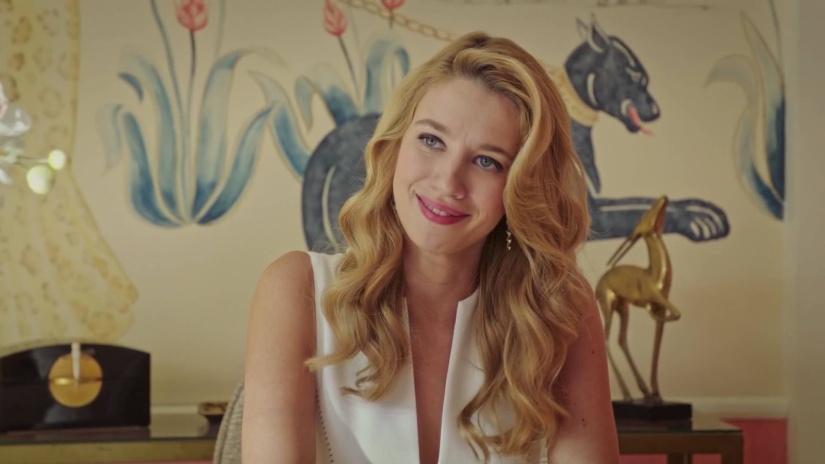 Another key character is Petra. Equal parts mean girl and bad ass #boss. Petra is a love-to-hate character for the majority of the show – but again because the writers are so good at creating complex characters she’s also someone who I want to root for.

I love that her career is her main focus. She does anything and everything to be successful. I think many of her actions – if done by a man – would not be seen as harshly. You will hate her at the start but get excited about the Petra renaissance. Her relationships are full of quirks and moments of vulnerability. Although a hard character – those moments when she lets her guard down and so wonderful.

This show is in many ways the anti-Donald Trump. A show about strong, Latina women. Although it premiered in the Obama era – this is a show that becomes more relevant and fresh during the Trump tenure. This is why you need to be watching this show now. We need to support content that supports women.

Listening to Gina Rodriguez win the Golden Globe for this show really highlights the show’s importance. “This award is so much more than myself – it represents a culture that wants to see itself as heroes.”

So go watch Jane the Virgin – then call/text/email me because I really want to talk about the latest twist!

Jane The Virgin Season’s 1-4 are currently streaming on Netflix.

3 thoughts on “You should be watching Jane the Virgin”