Let’s jump right in – Instinct opens with Riverdale’s Kevin Keller aka Casey Cott enjoying the clubbing lifestyle until his untimely murder in the club’s bathroom. He’s left with just the Jack of Diamonds thus starting off the show’s murder mystery of the week for Alan Cumming’s Professor Dr. Dylan Reinhart to solve.

We’re introduced to  Reinhart, in this great scene where Reinhart is teaching his abnormal behaviour class. He’s incredibly charismatic and it’s very easy to fall in love with the character at this moment. We’re also introduced in this scene to Detective Lizzie Needham (Bojana Novakovic) – and in one of the show’s many wonderful one-liners – we know she’s a detective because her “I don’t care how I look pantsuit” gave her away.

These two have a wonderful banter and Reinhart agrees to help Needham with her case of who killed Kevin Keller.  So we’ve got a little Bones/Booth partnership here. The classic scientist/cop combo.  So by this point, we’ve got the premise of the show set up: Each week Reinhart/Needham will banter their way into saving the day 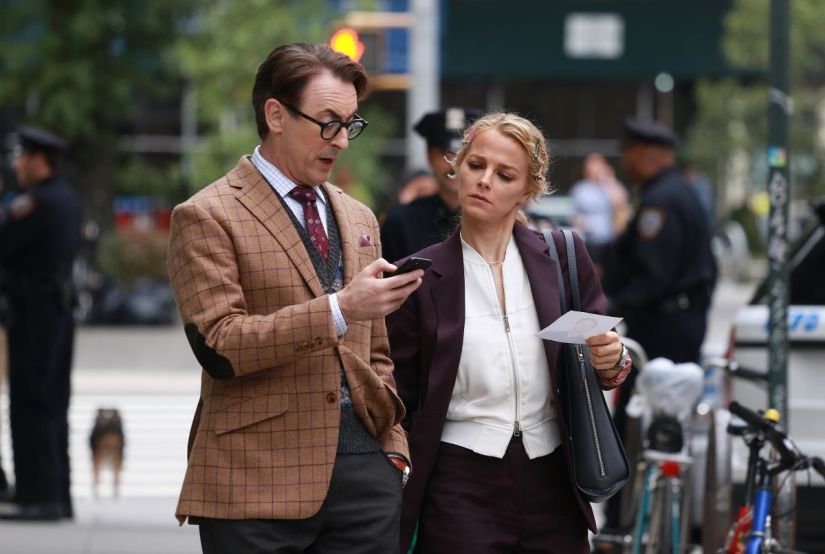 The show has a great supporting cast  – Reinhart’s book editor is Whoopi Goldberg; and his husband, Andy, is a bartender (played by Daniel Ings aka the very attractive, Mike Parker from the Crown Season 2).

On the flip side, Needham has a wonderful, really special relationship with Gary… her dog. With the progressive Reinhart, I ‘d want more than just the single woman with her dog. That being said, the dog is adorable and Needham has a great backstory.

I love this thought from Variety – “About thirty percent of the time, “Instinct” — like a lot of network procedurals — is simply ridiculous…But unlike so many other shows, where the “work wife” female partner becomes a simmering love interest, “Instinct” from the start establishes a different paradigm.”

I agree. There are the classic network tropes – but this relationship is different. It makes the show feel different and fresh.  In some ways it’s frustrating that this relationship is ‘fresh’ on camera when in reality, work couples don’t always hook-up.  However – I’ll let them off the hook and just enjoy it.

The pilot progresses – we solve the case (as expected) and but Needham gets shot! We don’t know what will happen – but I’m pumped to tune in for the rest of the season to see how this will impact the show. There are so many layers to this show that I hope the writers explore – I’m really excited to see where it’s going to go.

At the end of the day – this show is so much more than just Alan Cumming’s wonderfulness – I think it’s going to be successful in part thanks to him, but the writers here have really set up a strong show.

Here’s hoping they continue to have amazing one-liners, fresh relationships and just a few ridiculous murders to solve.